Displaced peoples are a staple of today’s news cycle, sadly. For most of us it can seem hard to know how to help or even respond. But Nora Stewart, founder of Entheos Audiology Cooperative, has found a good place to start: by providing hearing help. 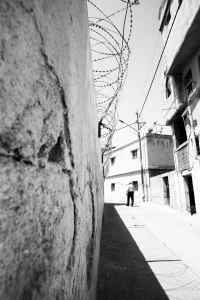 Nora, along with teams of volunteers, makes regular trips to the nation of Jordan to fit refugees with hearing aids. Jordan is a relatively quiet spot in a turbulent part of the world and many refugees seek shelter there. Palestinian, Egyptian and Syrian refugees can be found in the 4-5 different refugee camps the Entheos teams visit. Some in the camps have been there for up to 50 years.

These refugees are extremely grateful for the help.

Nora recounted the story of one mother who waited five hours in line just to say thank you for the hearing aids donated to her daughter in a previous trip. The daughter was in third grade and hearing loss had begun to affect her schooling. After being fit with the hearing aids, she become an “A” student. In fact, the Entheos teams often try to focus on children because “proper hearing can make such a big difference.”

A recent Entheos mission team traveled to Jordan with 13 audiologists and 13 support staff. This team of 26 brought all their own medical equipment along with 200 hearing aids donated by ReSound. The team was able to serve five different refugee camps inside Jordan.

Teams typically make molds of patients’ ears and then fit the hearing aids to the molds. They then customize the hearing aid for each person to fit their specific hearing loss. It is a sophisticated set of steps and the teams aim toward the highest level of service, despite being far from their typical modern audiology equipment. 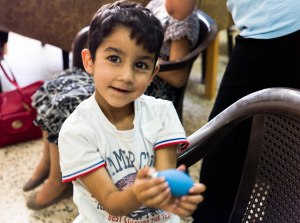 Sandy Riley, another team volunteer and administration officer at Entheos, remembers Lyham, an 11 year old who had been struck in a hit-and-run accident. In the hospital after the accident, physicians also found Lyham had a massive brain tumor, which they removed. Unfortunately, with chemotherapy and radiation therapy, Lyham lost his hearing.  For two years he had

been unable to hear or talk. But that all changed when he received a hearing aid and could hear and talk again.

Nora and Sandy and others recognize the difference they are making in people’s lives. Many volunteers will say the Entheos trips are life-changing and often return for other trips. And at ReSound we’re pleased to play a small role in helping people rediscover hearing.

This entry was posted in Philanthropy. Bookmark the permalink.